Can the language of art render the 20th-century man’s limit experiences?

Jonasz Stern (1904–1988), Erna Rosenstein (1913–2004), and Henryk Streng/Marek Włodarski (1898–1960) are the three heroes of this story. Each of these artists is an eminent figure in the Polish 20th-century culture. Jonasz Stern co-founded Cracow Group I and II. Léger’s student, Henryk Streng was a precursor of surrealism in the multi-national Artes group in Lvov. Together with Stern, Streng co-organized the First Exhibition of Modern Art. Prominent painter and poet, Erna Rosenstein became engaged in the activity of Cracow Group II. The three of them shared their Jewish origin and one city — Lvov. Another thing they had in common was the Holocaust trauma, which affected them personally, leaving an indelible trace.

Stern witnessed the death of nearly 11,000 Jews from the Lvov ghetto and survived his own execution and burial. Streng/Włodarski decided that he could remain in Poland but under a new, non-Jewish surname, as his old identity had become a burden for him. Rosenstein lost her parents on the Polish fringes of the Holocaust. She had always felt guilty for the fact that she survived while her loved ones were murdered. The Holocaust trauma is so deeply rooted in these three artists’ biographies that it changed their post-war artistic output. The works of art on display here are unique — conscious and sub-conscious — testimonies to the Holocaust in art.

How was the Shoah, both as an event and as their first-hand experience, transformed/processed by Stern, Rosenstein, Streng/Włodarski into artistic matter?

How did their survival and ‘second birth’ affect the processes of coping with the dramatic limit experiences?

Has there ever been in the history of art a better comment on the experience of physical contact with death than Jonasz Stern’s collages of tiny bones, fishbone, and leather?

Has there been a more moving representation of the wartime experience of hiding and total isolation and also of the emotions connected with that than Streng’s/Włodarski’s Człowieka ciągnie do okna (man pulled toward the window)?

Has anybody ever rendered the constant dealing with the Holocaust trauma in a more subtle way than Rosenstein in her somewhat surreal emotional canvas and drawings? 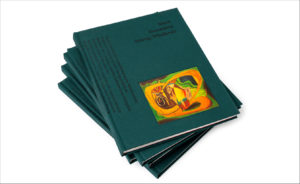 The artistic output of Stern, Rosenstein, and Streng/Włodarski is now at the center of interest of leading art galleries and museums in the world. Their works are in the collections of a number of Polish museum, for instance, the National Museum in Warsaw, the POLIN Museum of the History of Polish Jews, and the Art Museum in Łódź. Jonasz Stern’s artistic output has been the topic of a monographic exhibition at Kunstmuseum Solingen in Germany. Erna Rosenstein has just begun to gain worldwide recognition — her first individual exhibition across the Atlantic is to be staged in New York this spring. Marek Włodarski’s works are going to be displayed at the end of the year at the Museum of Contemporary Art in Warsaw.

This summer the exhibition Stern, Rosenstein, Streng/Włodarski. Between the Conscious and Subconscious… is also scheduled to be presented in St. Moritz, Switzerland.